Register for our next talk: 2022 February 8 - Professor Jennifer Lackey on Eyewitness Testimony 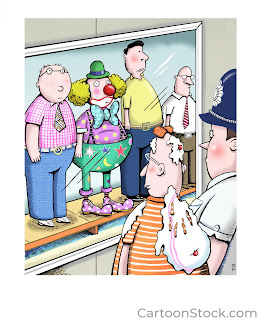 Eyewitness testimony is a powerful form of evidence, and this is especially true in the United States criminal legal system. At the same time, eyewitness misidentification is the greatest contributing factor to wrongful convictions proven by DNA testing. In this talk I offer a close examination of this tension between the enormous epistemic weight that eyewitness testimony is afforded in the United States criminal legal system and the fact that there are important questions about its reliability as a source of evidence. I argue that lineups and interrogations often function by way of extracting testimony from an eyewitness through practices that are manipulative, deceptive, or coercive. I then show that when testimony that is extracted in these ways is given an unwarranted excess of credibility, the eyewitness in question is the victim of what I call agential testimonial injustice. I conclude that since much of the testimony of eyewitnesses is both extracted and given an excess of credibility, there is a fairly widespread form of epistemic injustice being inflicted upon testifiers in the United States criminal legal system. This calls for reforms along both dimensions—lineups and interrogations should go through a witness’s epistemic agency, rather than bypassing, exploiting, or undermining it, and the weight of the resulting testimony should be viewed in the broader context of its significant fallibility.

Jennifer Lackey specializes in epistemology, with a particular emphasis on a broad range of issues in social epistemology. Her recent work focuses on false confessions, the criminal justice system, the duty to object, norms of credibility, the epistemic status of punishment, the epistemology of groups, expertise, and the distribution of epistemic goods.