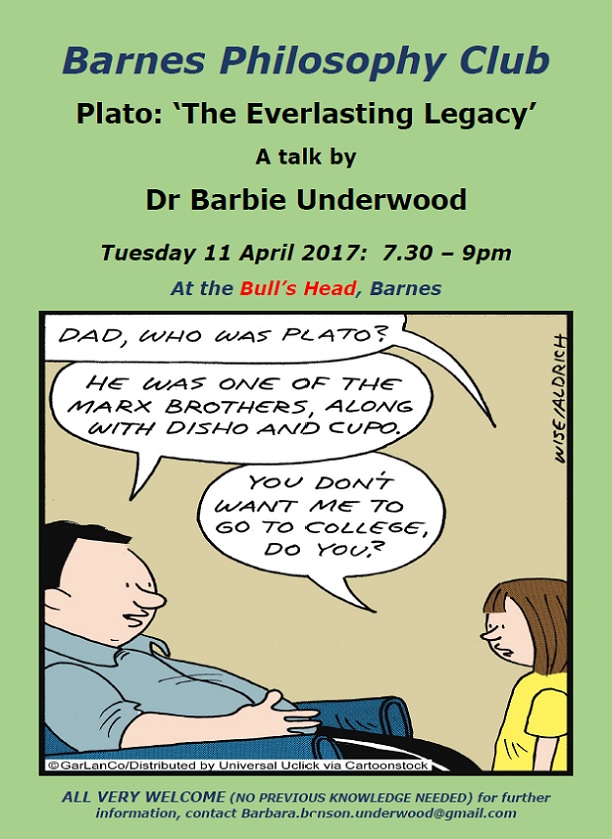 Abstract:
The title is a bit worthy.  I debated as other possibilities 'You're everywhere and nowhere, baby' or, better still, 'There's always something there to remind me', but decided to play safe.  The point is that Plato has had a profound influence on Western culture in many areas, its music, religion, philosophy and science.  I will be looking at some aspects of Plato's philosophy and then trying to show how it influenced writers and thinkers as varied as Augustine, Descartes, Nietzsche and Bob Dylan.
Posted by Chair, The Barnes Philosophy Club at 13:50 No comments: