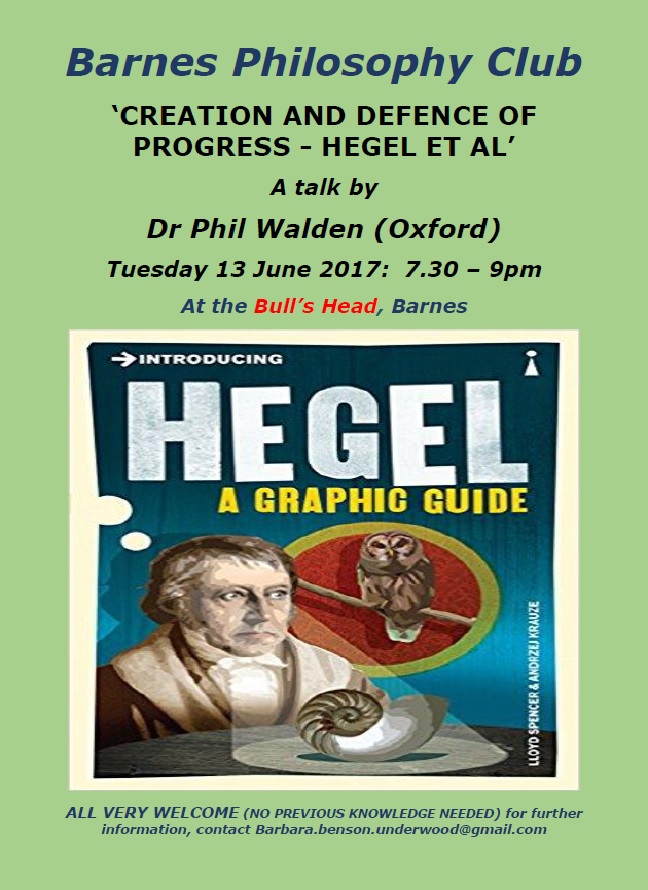 
"There was of course progress in philosophy long before Hegel, particularly amongst the Ancient Greeks.  But Hegel's study of the whole history of philosophy enabled him to blend the strong points of previous philosophers and produce what he considered to be a definitive account of progress in philosophy.  To Hegel, this progress in philosophy ensures progress in history - not in a linear way, but in a teleological way.  It was Hegel's immense faith in all this that enabled him to defend the French Revolution even after the Terror had left other intellectuals despairing of a way forward.  Although there are unresolved problems, modern society owes an enormous debt to Georg Wilhelm Friedrich Hegel.  All this is up for discussion."
Posted by Chair, The Barnes Philosophy Club at 10:29 No comments: