Watch: Why does Nietzsche say we are strangers to ourselves - Prof Ken Gemes (12 October 2021)

Supported by the Royal Institute of Philosophy and the OSO

Why does Nietzsche say "We are Strangers to Ourselves"?

On the Genealogy of Morals is primarily aimed at gradually bringing us, Nietzsche’s readers, to a potentially shattering realization that in a deep and fundamental sense we do not know ourselves. Nietzsche’s initial assertion in the preface of the Genealogy that his aim is to expose the historical origins of our morality is intentionally misleading and he employs uncanny displacements and subterfuges in order to disguise his real target: we moderns are in fact the ultimate embodiment of the ascetic ideal. 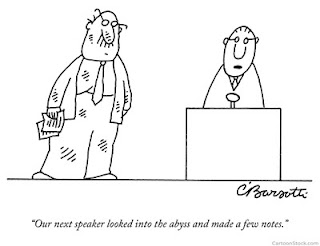 Ken Gemes received his PhD from the University of Pittsburgh in 1990. He came to Birkbeck in 2000 having taught for ten years at Yale University. He is currently also a Professor at the New College of the Humanities. Thus he has one foot in an institution founded on socialist principles a little less than two centuries ago, the other in an institution belonging in a world of cut-throat capitalism founded a little over two years ago.