2022 11 October Piers Benn, "Is concern about freedom of expression based on a right-wing fantasy?"

Join us to hear our second talk on freedom of expression, with Piers Benn

Supported by the Royal Institute of Philosophy

Register Now to attend in person

Thanks to all of you who attended our talk last week with Professor Arif Ahmed. He kicked off our season with a thought-provoking and challenging presentation on freedom of speech. I'm pleased to say that along with a record audience (more than 60 in person) we were joined by Piers Benn, who will be picking up the theme in our next talk: 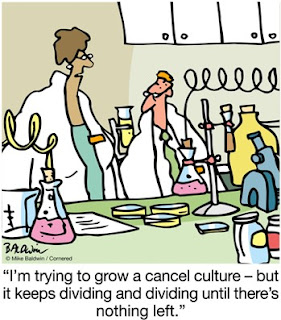 Is concern about freedom of expression based on a right-wing fantasy?

In this talk Piers will attempt to do two things. First, he will argue for the importance of free enquiry and free expression within a framework that owes much to J. S. Mill, while considering some genuine difficulties with the ‘Galileo Defence’ of Mill’s conclusions and the often-made claim that much speech is harmful even by Mill’s lights, especially when exercised by the privileged. Second, he will argue against the claim that the limitations on free speech, especially in universities, is a right-wing fantasy. He will concede that boycotts of speakers and angry attacks on opinions are sometimes misrepresented as attacks on freedom of expression but argue that there is nevertheless a fairly serious problem. He proposes a Socratic approach to argument, and the encouragement of opinions diversity in institutions, as part of the solution to this.

Register Now to attend in person

Thanks again to those of you who attempted to join us online during the last talk. I'm afraid that our technical challenges seem to have continued, with poor quality audio and video. Robin and I are working to salvage a recording, which we hope to share if it's watchable. The sound is excellent at the venue, but this does not seem to translate via the microphones, mixing desk and laptop into Zoom, despite many hours of effort with the OSO technician, various cables, mixers and drivers. We'll give it another go next time with a simplified system to see if we can at least generate a high quality recording, but as we're now up to around 90% attending in person, we are mindful of the risk of neglecting our in-person audience to fiddle endlessly with the mixing desk.

There is no need to register if you'd like to (attempt to) attend the talks online. The link is always the same, and is:

1) Available in the calendar in the right hand side of this website, www.barnesphilosophy.org.uk

2) Included here for reference: join us on Zoom

You can also view past recordings on our YouTube channel.