Next talk: 'The Rise and Fall of Analytic Philosophy in the 20th Century' by Robin Strachan, 09 May 2017 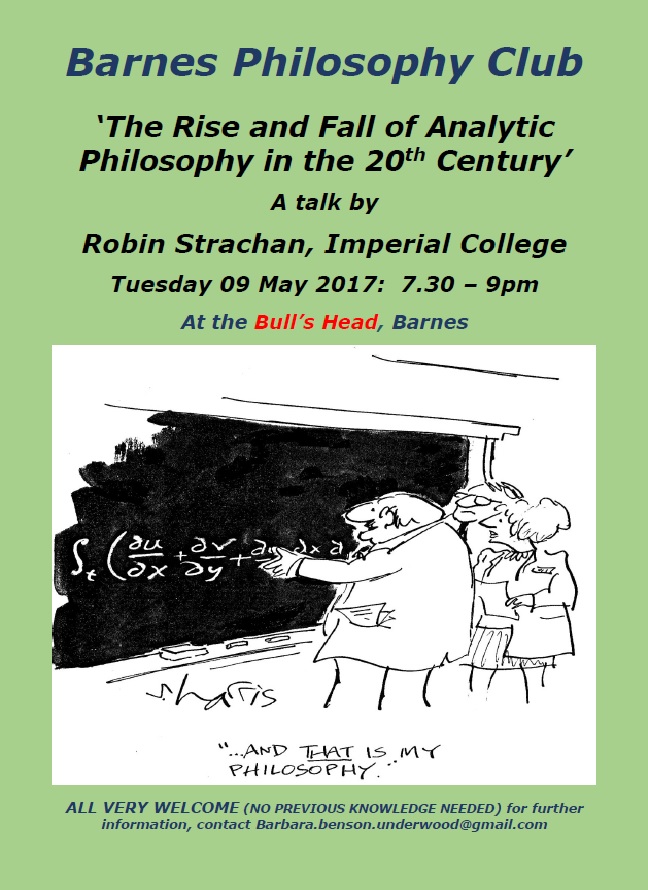 Abstract:
'Analytic Philosophy' was dominant in the early 20th Century, but later was forced to change into different forms.   Analytic Philosophy, a system to allow the study knowledge itself, started as a rejection of traditional Idealism that is as deduced by human thought and incorporated mathematics into a logical technique.  Its leading lights were Wittgenstein and Russell, who went on to have a long and varied relationship including in 1911, the 'search for a hippopotamus' in their room.
In this talk I will discuss what the system of ‘Logical Atomism' was and how it worked, and how the study of the relationships between words and terms became part of a 'Logical System'.   In every 'System' there contained propositions and 'beliefs' which might consist of many 'true' and 'untrue' statements.
Problems arose however when the analytic technique could not be easily changed into reconstruction of ideas.    By the 1930's the more 'Politics, Sociology and Economics' orientated members of the 'Vienna Circle' were already moving Analytic Philosophy into new forms of thought incorporating broader science.   As Analytic Philosophy continued to be challenged, it led to some infamous public conflicts including the time when Wittgenstein reportedly waved a poker at the Psychologist and Empiricist Karl Popper in 1946.

I will try to show how there might be 'Systems of Thought' that one day might even permit mathematical analysis of 'Philosophical Positions'.

Posted by Chair, The Barnes Philosophy Club at 21:22 No comments: 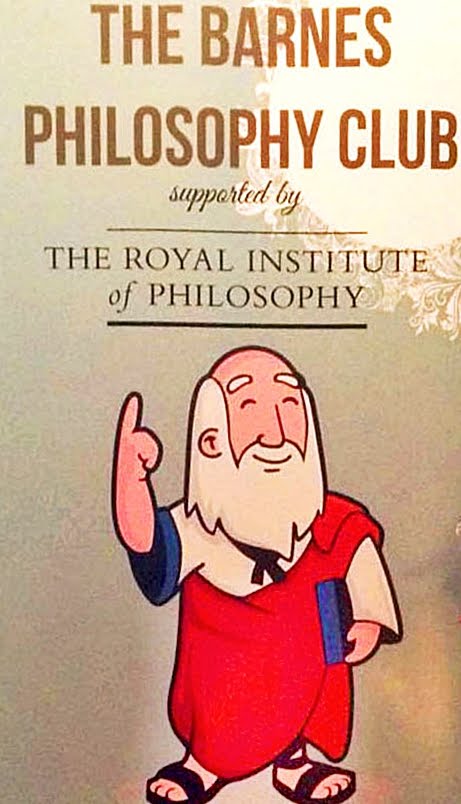