The next Royal Institute of Philosophy Talk, 'The Common Wealth: A Philosophy for British Politics' , is by Philip Collins, The Times, 11 February

Many thanks to Phil Collins who gave up his time after a day's work and an uncomfortable dentist appointment to talk to the Club.  He gave us some stimulating ideas on a future generated from our political history.  His main argument was that now British politics has 'slipped its moorings'  and that the political affiliations have changed, we might be able to see a way through old traditions to form a new centrist party:  one that would look more realistically at the issues facing us, rather than clinging to the old ideologies.  He delivered all this with clarity and wit.
Speaker Phil Collins 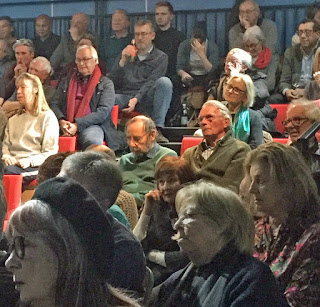 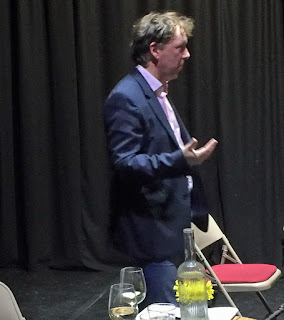 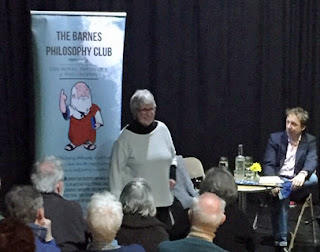 Thanks also to our members for coming last night: we had over 80 folk who came to hear the talk, one of our largest audiences ever.  And thanks especially to those of you who contributed questions, discussion and ideas -- as a special feature of a special evening, I was able to give away signed copies of Phil's fascinating book 'Start Again', and I hope that those of you who got the copies will enjoy it ! 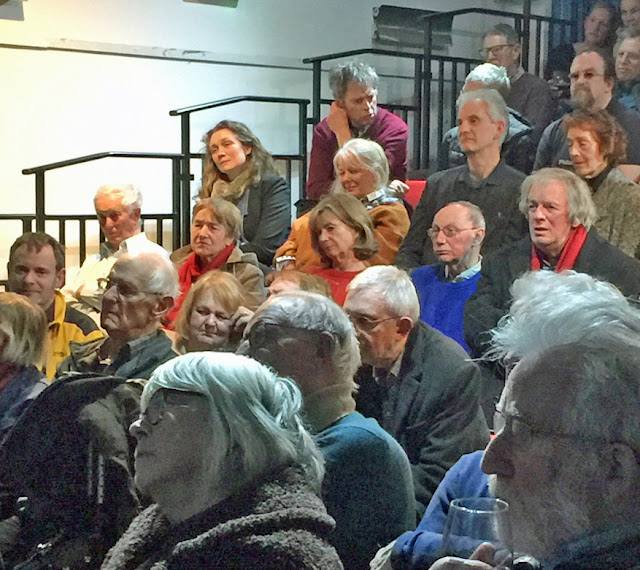 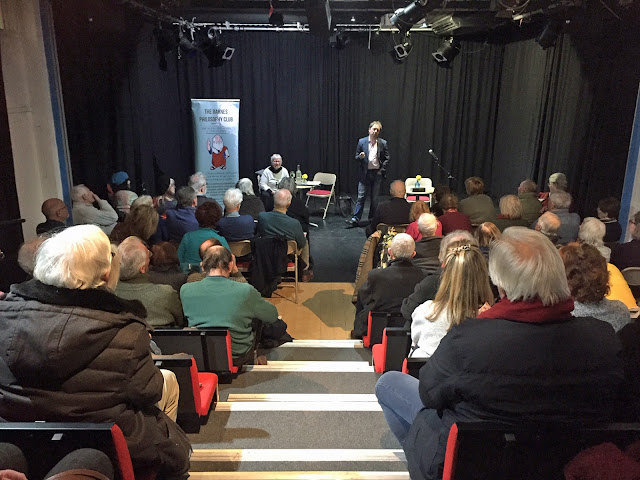 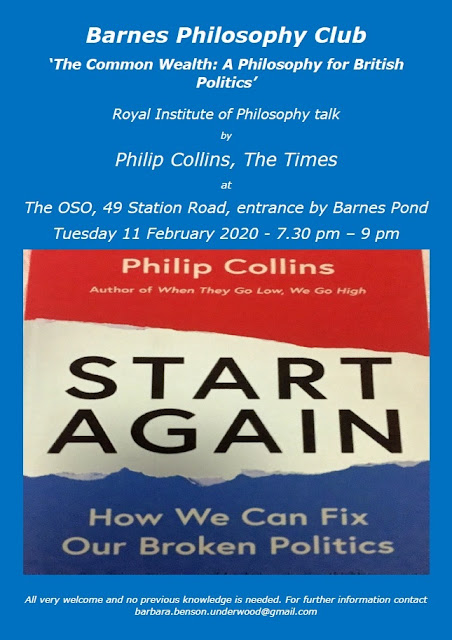 Posted by Chair, The Barnes Philosophy Club at 11:25