Prof Sue Mendus Speaker
Emerita Professor Sue Mendus talk on 'Democratic Dirty Hands' was timely.  She has certainly put a fresh light on an old topic.  She moved seamlessly from personal wrongdoing to a discussion revolving around the need to lie in politics;  she gave many interesting examples such as Churchill and the bombing of Coventry and John Major's talks with the IRA;  but this sells short a fascinating and stimulating talk.

As ever the questions and discussion from the floor were spot on, and Sue said afterwards that she really enjoyed responding to them.  So thanks again for your part in an excellent meeting.

(Meanwhile outside the wind howled and the Second Meaningful Vote happened.  So was this Philosophy as an Escape from the Real World, or was it Philosophy addressing it ?!) 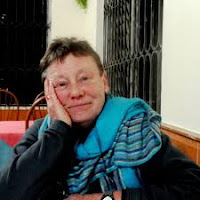 Posted by Chair, The Barnes Philosophy Club at 07:04